Special members only conversation with Brandon Pytel of Earth Day Network preceding the Netsch Lecture from 11:30am-11:50am (all members will receive meeting info, if you’re not yet a member of FOTP click here to join).
Past events include: 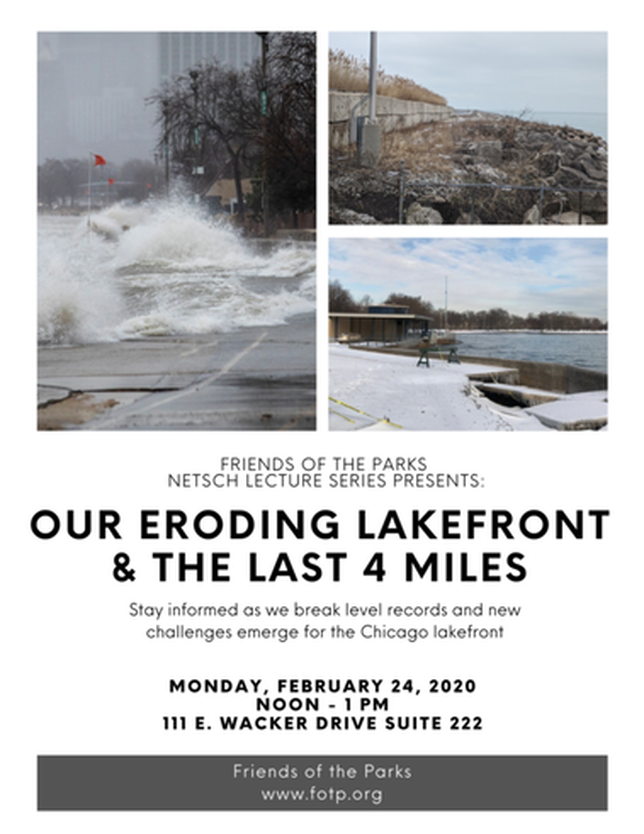 Friends of the Parks hosts a free quarterly interactive series that explores urgent issues affecting parks, the environment, wildlife, urban planning and public policy. These are called the Netsch Lectures in honor of Walter Netsch. We curate speakers including policy experts, community organizers, authors and government officials to share their expertise with time for interactive sharing, questions and discussion.

Walter Netsch served as the President of the Chicago Park District from 1986 through 1989. He was appointed to the Board by Mayor Harold Washington and given the task to reform the Chicago Park District from a political patronage system to a professionally managed agency. Netsch took on the task. He developed a city-wide plan to decentralize the Park District which was implemented in short order. He created a professional Department of Research and Planning and hired creative and accomplished architects and planners which led to better designed fieldhouses and landscapes.

Under his tenure, all 500 children’s playgrounds were reconstructed in five years, 100 playgrounds a year were rebuilt, and each involved the planning and volunteer work of the community. As a world renowned architect, Netsch led the team which designed the original University of Illinois Circle Campus. During his career, Netsch designed 15 libraries, as well as academic buildings for colleges and universities in the United States and Japan, including the Illinois Institute of Technology and the University of Chicago.

He may be most well known as the lead designer for the United States Air Force Academy in Colorado Springs, Colorado and its famous Cadet Chapel. The Cadet Chapel at the Academy was named a National Historic Landmark in 2004.
Support Us